Sarah Hommes began shooting air-guns at age seven and handguns at age nine. While she demonstrated some talent, the problem we quickly found is that no formal training establishment was willing to train a minor with handguns.  We did, however, find that many of the best competition shooters of the organized handgun shooting sports were happy to coach Sarah while participating in handgun shooting matches.

With coaching from top shooters in several groups,  Sarah quickly became competitive with handguns beating out many adult male shooters in handgun competition by age 13.  Finding creative ways for her to develop skills off the range while at home, we laid the foundation for what would later become the technical basis for our Basic Handgun Proficiency class 101.

We carefully examined the physical mechanics of handgun shooting and developed a unique training approach based on a logical progression of critical skills.  Taking the best from a wide variety of coaching sources which Sarah had been exposed to: Cowboy action, Shooting Sports Alliance’s IPSC-style, West End Gun Club’s “Steel Challenge” and Action Pistol matches, Olympic precision air gun at the Phoenix Club in Anaheim, and the NRA smallbore rifle program of San Gabriel; we developed what we believe to be the most effective, fastest way to become proficient with a handgun for the total novice, particularly for women and minors.

We then tested our concept with volunteers who had absolutely no knowledge of handguns; finding that a complete novice could function like an experienced shooter in a matter of a few hours of training by an intensive focus on critical skills in the correct order and an incremental increase from low to higher power.  The result is a unique training method that is superior to the traditional military style approach of “yes, it goes bang - suck it up and deal with it”.   Once Sarah turned 21, she enrolled in training and became an NRA certified Pistol Instructor and Range Safety Officer.   Our system is totally unique and proprietary and, while it is not an NRA approved program (we were not interested in conforming to traditional methods), our training is consistent with accepted handgun safety practices, and very effective in quickly providing skills in a way that students enjoy. 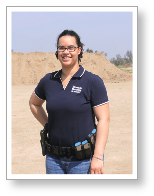 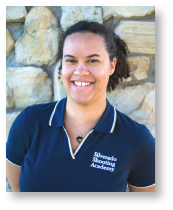 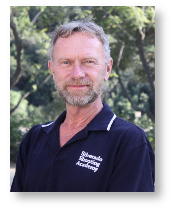